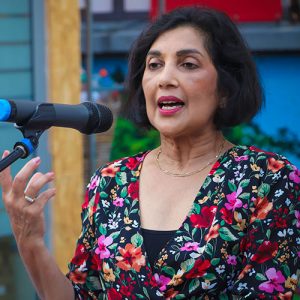 In the Netherlands, we will go to the polls on 17 March to vote in the elections for the House of Represetatives. Many have not yet decided which party or name they will tick in the ballot box. Indeed, it is becoming increasingly difficult to make a choice, because people’s opinions and desires no longer run along standard opposing views. Voters cannot simply be pigeonholed as left or right, progressive or conservative. With the emancipation of all sections of society, strict loyalty to a particular party has also disappeared. Citizens look around and are critical. They are no longer so easily satisfied. Parts of programmes appeal to them, but not the whole package and/or the packaging.

In itself, this is not so strange. After all, you cannot place people in a certain pigeonhole with a certain label. Someone who, for example, is Dutch, belongs to a minority group (with Surinamese and, more specifically, Hindustani, Creole or Javanese backgrounds); is very much in favour of individual development, but also considers community spirit to be very important; is in favour of integration but not of losing one’s (cultural) identity, and so on. However, since representative democracy is set up with political parties as vehicles, we have to make a choice and identify with one particular party. 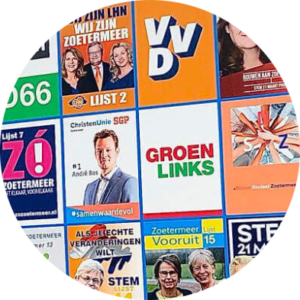 What matters is that we ultimately elect responsible people who are up to the job. And that job is not only to serve our (small) partial interests, but also the general interest. For me, that is working towards a stable society where there is respect for the human dignity of all people and all are encouraged to contribute to society. People who stand for election take on a responsible task and they must therefore judge for themselves whether they are suitable for such responsibility. Seen from the Vedic varnasystem (social division into four classes: bráhmans, kshatriyas, vaishyas and shúdras), politicians would mainly belong to the class of the kshatriyas, namely those who naturally feel attracted to power and law and societal organisation. This system assumes that whatever class people belong to, if they use their given talents to perform the corresponding activities conscientiously and diligently, they fulfil the law of their being and attain spiritual maturity.

Even though pigeonholes may be necessary to create a certain order, they must never be so rigid as to suppress a broader perspective. So in my view, it is not necessarily a question of either/or, but certainly of both/and. With the range of gender identities that have emerged, it is now even possible to be both male and female (or neither). Unfortunately, we cannot choose more than one party in the ballot box. It is either one or the other, and that is a pity. It would be great if we could also indicate which combination of parties we think would deliver the best result for society. Or which persons from different parties are considered most suitable to lead the country. These would not necessarily be the party leaders. I admit that I am being very idealistic here. In such a model, there is no room for politicians with big egos. And perhaps too much is demanded of the voters as well.

Although…? Voters have gradually become more assertive. So they should also want to take more responsibility. However, this does not seem the case when you hear that with campaigning via social media – for many the only medium these days – message recipients are only interested in photos of politicians. Preferably photos with a private touch without any text about what the person concerned stands for. Even the one-liners that already ousted a reasoned explanation of positions, are now too much to digest.

In any case, when I go to the polling booth, I will look for a politician with nuanced positions who strives to unite (groups of) people and whose ego I find within acceptable limits. For the media, this is boredom at its best; for me, stability with a touch of spirituality.