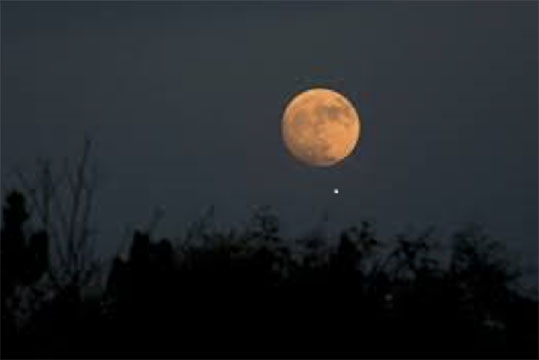 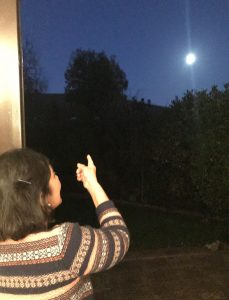 Sunday, 11 April. Today is the day before the day of New Moon. Faithful Hindus today worship God Shiva, for every month the evening before the New Moon is Shivrátri, the night of Shiva. He is worshipped as the destroyer and recreator. Since the moon is ‘destroyed’, as it were, on the occasion of a new moon, and afterwards is growing larger each day, this evening is dedicated to Shiva. Once a year, in the last month of the Hindu (lunar) calendar, this night is called Mahá-Shivrátri (the great night of Shiva), because then the past year is also ‘destroyed’. That was last month on 12 March, after which the start of new year was celebrated with the Holi festival on 29 March – the day after the Full Moon. The lunar cycle has intrigued me since childhood and even now I see the relevance of this natural phenomenon in the current turbulent period in our lives.

As a child, I loved fairy tales and for me this included the story of Ram and Sita, Sita’s abduction by Ravan and Ram’s search for her. My father told me that in the full moon, you could see the figure of Sita sitting under a big leafy tree in Lanka where Ravan was keeping her prisoner. And I did see it. In my imagination I thought it was wonderful, because then everyone could see where she was and Ram could easily find her. But when the moon began to wane, I worried what would happen. And so I kept an eye on the lunar cycle and saw the moon waning to new moon and then growing again to full moon. I found it fascinating that you could count on that, without human intervention. And that is probably just as well. An aunt once said to me: “Girl, if you were to depend on people for sunlight, you would always live in the dark.”

The everyday world is determined by the actions of people and, indeed, with all the less than positive human char­ac­ter­istics that come with it. For example, good intentions aimed at prosperity and well-being can be nullified by aggression, jealousy, greed and other negative characteristics. Hinduism speaks of six inner enemies of human beings: lust, anger, greed, pride, attachment and envy. Today, we are confronted with these ‘enemies’ on many fronts. The corona crisis affects us directly in our personal lives and makes us (temporarily) unable to do things we have become attached to and which we have taken for granted. In society, we see all kinds of angry groups that feel unjustly treated and in the political culture, the phenomenon of arrogance of power seems to have taken root in the Netherlands as well. At a global level, the cyber era gives a whole new dimension – directly affecting our personal life- to the struggle between (groups of) countries for political, economic and/or military power Within all this, we have to keep going and that is quite a task. 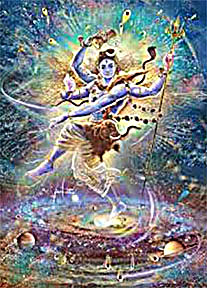 For devotees of God Shiva, Shivrátri is a special night. In the dark night pre­ced­ing the new moon, he is worshipped because he is the one who will give back the (moon) light. He destroys in order to instantly recreate. On Mahá-Shivrátri he is said to have performed his legendary cosmic dance, destroying and at the same time recreating the universe. His appearance as Natráj (King of the Dancers) is well known, especially the bronze statues are very popular. You do not have to be a religious believer to grasp the importance of the symbolism of God Shiva’s dance. It is a dance that, in a way, anyone could perform, to ‘destroy’ their own inner enemies and to expose negative political and social developments affecting human dignity. Around the New Moon, we could generate new energy while dancing, time and time again.

More about Shiva and the symbolism of his appearance as Natráj can be read in the article by Dr. Jnan Adhin: Shiv, the Supreme: Destroyer and Guardian (25 November 1980), included in the collection Philosophical and religious varia – forty articles by Jnan H. Adhin, edited by mr. C.R. Jadnanansing (1999-second edition).