Brij Lal, the leading Girmitya historian of his time 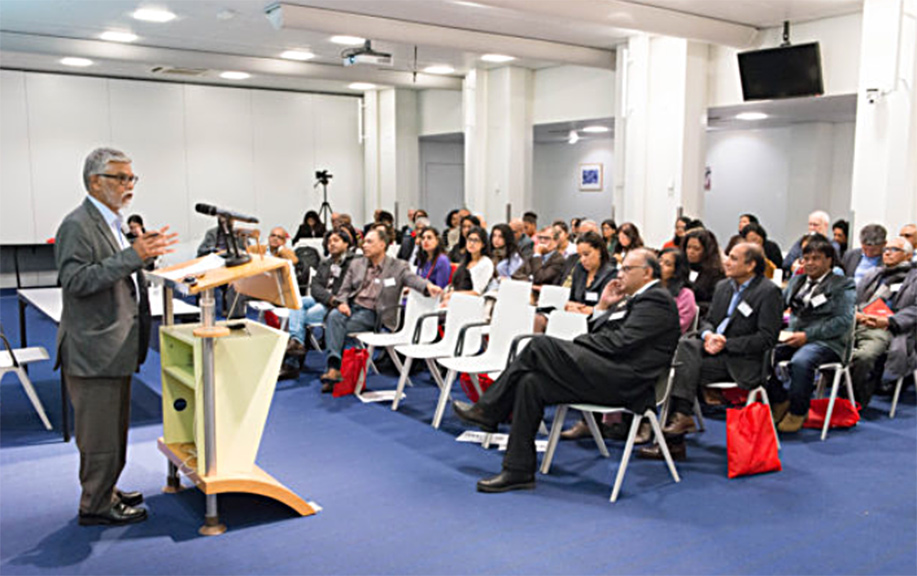 Today, 25 December 2021, I received the message that Brij Lal has passed away at his residence in Brisbane, Australia. Brij was the leading historian of his generation in the field of British-Indian indentured labourers. For these workers he preferred to use the Bhojpuri word Girmitya’s, that referred to labourers under contract. He proudly described himself as a grandson of Girmityas. Wikipedia mentions 1952 as his birth year. In Surinamese circles Brij Lal is hardly known, although he has visited Suriname and the Netherlands a few times. Who was Brij Lal? What kind of person was he? And what was his significance for Surinamese and Dutch Hindustani’s? 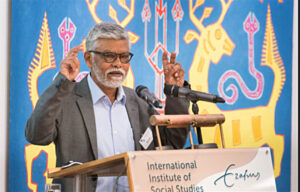 Brij Lal had both a political and an academic career that ran parallel for some time. His political career was dominated by his fight for equal rights of the Girmityas (the indentured labourers and their descendants) in Fiji. The situation there differs from other Girmitya societies in that the land belongs to the native Fijians. Thus, immigrants could only rent land. The native Fijians also control the state and specifically the army. This blocking of access to land and control of the public sector has resulted in long-standing ethnic tensions and, from the 1980s onwards, in several coups d’états by the native Fijians. Brij was involved in the struggle for democratisation of Fiji and equal rights for the Girmityas. In 2009, he was arrested and declared persona non grata. He then settled with his wife Padma and two children in Brisbane, Australia. He has never recovered from this exile. 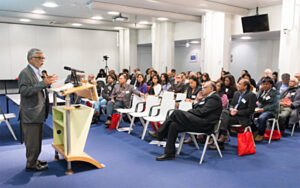 Brij Lal’s academic career was diverse. His involvement with universities in the Pacific Ocean was notable. He was also editor of various journals that mainly focused on the Pacific region. But no less important has been his stimulating influence on a younger generation of Girmitya researchers. I recall that at a conference in Trinidad he was invited to address the audience briefly. He hesitantly stood up and began to outline how long it took to fly from Australia to Trinidad. This made him realise how long and tiring the journey of the Girmityas from Calcutta to the Caribbean by sailing ship must have been. And when he stepped off the plane, he saw ‘unknown people who could be his mousies and kaka’s‘ (aunts and uncles).  During these visits to communities in the Girmitya diaspora, he became aware that we were like a family, so he said.

I understood that remark better during a chitchat at a conference I organised in The Hague in 2017. He told me that he liked the Indian Diaspora conferences the best because they are directly or indirectly about yourself and your loved ones. I shared that feeling. Brij had the ability to transform perception and experience into concepts and to express them in a very appealing way. Through his tireless personal commitment in speech and writing, he also helped build the Girmitya diaspora and make it ‘visible’. 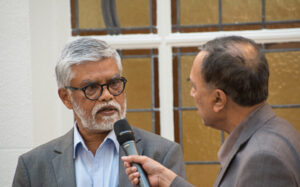 Brij loved jokes. One of his favourite stories began with the question ‘Why did the sun never set on the British Empire?’ His answer: ‘Because God did not trust the English in the dark’. But he was also sharp in his statements. He was absolutely impervious to caste differences, the rule of the Hindutva (a global Hindu nationalist movement of which the Modi government is a political expression), the marginalisation of Muslims, the unequal treatment and derogatory portrayal of women. On the position of women under indentured labour, he wrote some beautiful and worth reading essays with great titles like Veil of dishonour: Sexual jealousy and suicide on Fiji plantations and Kunti’s cry: Indentured women on Fiji’s plantations (both included in his book Chalo Jahaji, On a journey through Indenture in Fiji, 2000).

Brij Lal’s oeuvre is extensive, although he wrote mainly about the Girmitya experience. His scholarly work had some special features. I will mention three of them: 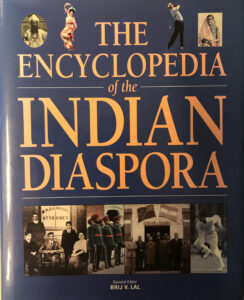 At the beginning of this year, Brij told me he wanted to travel less because it was becoming increasingly difficult for him. We had frequent contact just last year and this year because I had written a chapter in his latest book and he had a chapter in one of my latest works. I could not have imagined that he would be gone so soon. Brij will be remembered as an icon of the Girmitya diaspora, an eloquent speaker, an astute thinker, a prolific writer, a courageous fighter and a warm person. He was indispensable, his demise will be felt for a long time.