Growing up in ethnically segregated Mauritius 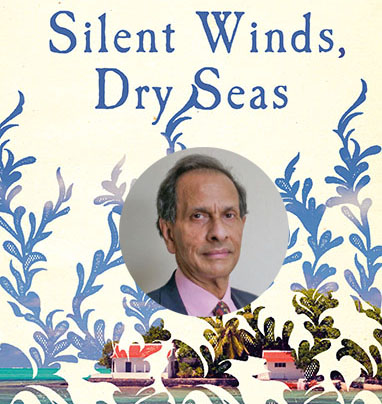 Introduction
Growing up on an island where two ethnic groups live completely separated from each other is the subject of the brilliant novel Silent winds, dry seas (2021). It is the glorious debut of Mauritian-born author Vinod Busjeet. The main character is the Hindu boy Vishnu Bhushan, born in 1949, who grows up in the second half of the 20th century in the then British colony of Mauritius. There are two population groups there, Creoles and Hindostanis. The Creoles are descendants of enslaved people who worked on the sugar plantations. The Hindostanis are descendants of Indian indentured labourers who replaced the Creoles in agriculture when slavery was abolished. They are two parallel worlds on one island.
The first Bhushan arrived in Mauritius from India in 1853. After completing his five-year contract, he settled in the Creole-dominated town of Mahébourg, on the south-east coast of Mauritius. 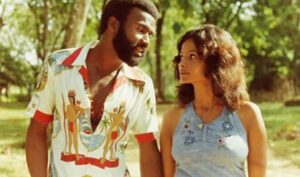 Interethnic love affairs and alcohol abuse
Just as in the beautiful film Wan Pipel (1976) by the Surinamese director Pim de la Parra, interethnic love relationships are not tolerated in Mauritius. Vishnu accompanies his in-law Aunt Ranee to the neighbouring hamlet of Madame Lolo where her adopted brother Uncle Karan is living with a Creole woman. Aunt Ranee tries to persuade her brother to abandon his wife but the attempt fails because Uncle Karan has become the father of his daughter Sapna. When Sapna’s mother dies, Sapna is lovingly raised by the same Aunt Ranee, but later Sapna commits suicide. It could be that Sapna, as the product of an inter-ethnic relationship in this ethnically segregated society, is not accepted by either ethnic group, but the author does not elaborate on the reasons for her suicide. A year after Sapna’s death, Uncle Karan dies of cirrhosis of the liver caused by excessive alcohol consumption.

Liver cirrhosis caused by alcohol abuse is also the cause of death of another uncle of Vishnu, namely Uncle Ram. This uncle had two wives simultaneously. An official Hindu woman after an arranged marriage and a Creole woman whom he could not marry because ‘she would make our blood impure’ according to his family. In 1945, a devastating hurricane raced through his heart when both his wives died. One of them died of malaria and the other while giving birth to their first child. This inner hurricane was an ominous harbinger of hurricanes that would hit the island. Hurricanes that hung over the island like a sword of Damocles. Hurricanes that you can hear, smell and feel when the wind blows you over. In February 1960, Carol, a fourth category hurricane, blew away the front part of the roof of Vishnu’s childhood home. 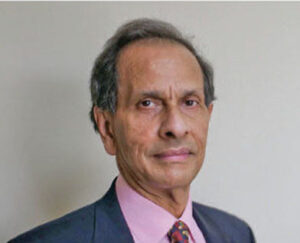 Inter-ethnic tension and independence
In Mauritius, as in Suriname the fear of domination by one population group over another plays a role when, in the 1960s, the debate on independence erupts on the island. Whereas in Suriname, in the 1970s, Hindostanis feared domination by the Creoles after independence, on Mauritius the Creoles are afraid that, once the British have left, the Hindostanis will take control, for they are in the numerical majority on Mauritius: ‘Hindus will force everyone to wear the dhoti’. On an official visit of the current president of Suriname, Mr. Santokhi, to the Netherlands Creole demonstrators claimed that Hindostanis took control of Suriname. In May 1965 the police, and later even the British army, the legendary Coldstream Guards, had to be called in to quell the race riots on Mauritius. Shortly before the country’s independence on 12 March 1968, even more serious riots took place between Creoles and Hindostanis. While three people were killed in 1965, the figure was tenfold in 1968.

Segregation also occurred at the political level. The Hindostani-dominated Labour Party is in favour of independence, the Creole Parti Mauricien Social Démocrat (PMSD) is against. The founder of the Labour Party was Dr Maurice Curé, who had assisted at Vishnu’s birth free of charge.

The discussion on independence also leads to friction in the family circle. Disagreement over independence leads to a brawl between the two Creole brothers Kalipa and Fringant. Kalipa in his red T-shirt is from the Labour party and Fringant in his blue one from the PMSMD. After taking off their T-shirts, they go bare-chested and harpoon each other in the street like gladiators in the Colosseum. Bystanders think it is Cain versus Abel, or Muhammad Ali versus Sony Liston. When a harpoon accidentally ends up on the foot of their father who had just turned the corner, the fight is soon over.

Inheritances and family secrets
Not only discussions about independence, but also division of inheritances and family secrets lead to fierce family quarrels. After the death of Uncle Ram, Shiv Bhushan, Vishnu’s father, disputes the division of the inheritance. He feels that it is out of the question that his parents’ land should go to Aunt Ranee, Uncle Ram’s widow. After all, this land should remain in the family. And besides, Ram is not a brother, as everyone thought, but only a cousin. So he has no right to divide the inheritance of Shiv’s parents.

The Bhushan family is outraged that Shiv is giving away this family secret to claim his inheritance. Family secrets are abundant. For instance, Vishnu’s mother confesses to Vishnu that she was previously married to Amar, a younger brother of Shiv. This brother enlisted in the British colonial army and was blown up in Palestine in the last year that Palestine was a British Mandate. Postcards in black and white from Palestine, such as Port Said, Haifa and Bethlehem, which Amar had lovingly sent to Vishnu’s mother, were blowing around in the garden after Hurricane Carol had hit the island. Before Amar left for Palestine, he sold his share in the family plantation inherited from Shiv’s parents to Uncle Ram. It is this transaction that leads to the heated dispute over the inheritance after Uncle Ram’s death.

The family reunion over the inheritance issue does not lead to a solution as Shiv refuses to accept the compromise proposal of dividing Ram’s land in equal parts between him and Aunt Ranee. It almost ends in a scuffle between Vishnu’s father and the fatuous Uncle Mohan, who had missed out on a promising career in the colonial police because he had drunkenly insulted a British police inspector and had refused to apologise openly out of honour, after which he was sacked. 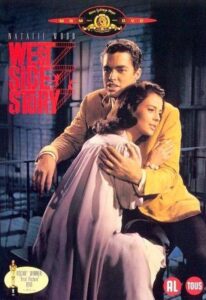 After the failed discussion on the division of the inheritance, Vishnu falls ill. It is speculated that he has fallen victim to the voodoo that was actually meant for his father. A black chicken was said to have been offered to Hanuman by Aunt Ranee. Others referred to Vishnu’s studious nature as an explanation: ‘Too much reading has worn out his brains’. During his nervous breakdown, Vishnu hallucinated about a film that also dealt with inter-ethnic tensions, namely West Side Story (1957) and fantasised about meeting Natalie Wood, the star actress in this film.

Emigration and culture shock
Films are one of the rare amusements in the monotonous existence on this dull agricultural island. The men toil under the relentless sun on the sugar plantations or sail out to fish, where they could be swallowed up in a storm, as once feared by Kalipa and Fringant. The women are at home, doing the housework. The children go to school. Some children have to help in the sugar fields both before and after school, like Shankar, Vishnu’s nephew. To escape the ‘sugarcane hell’, as Shankar calls it, he applies for a paid position as a nurse at a training college in the UK after graduating from Cambridge School Certificate. He is accepted but after strong resistance from his father, Uncle Roshan, he does not go. His father is afraid that no one can help him as much as Shankar in cultivating sugar and tomatoes. Shankar inherits almost nothing from his father. The bank accounts go to his sisters and the best agricultural land to his brother.

With the necessary tutoring from his father, the ambitious Vishnu is the first student from the primary school of Mahébourg to be admitted to the Royal College Curepipe, the prestigious secondary school in Mauritius modelled on Buckingham Palace. At the final examination, he finished in fourth place on the list of best-successful pupils, but he was not awarded the coveted Commonwealth Scholarship to study in the UK. The scholarship goes to Sharmila, the niece of a minister, who had much lower marks than Vishnu. A scholarship from the French government to study in Paris or Nice also fails for reasons that are unclear. Shiv tries in every way possible to reverse the decision on the Commonwealth scholarship, which is a local responsibility, but to no avail. Those who thought Mauritius was granted independence prematurely by the British were right,’ said his father. ‘Nepotism and corruption’, he added by way of explanation.

Things are not going well for Shiv who, after a few successful appeals, has lost the case on Uncle Ram’s inheritance and is ordered to pay the legal costs. At the request of Vishnu’s mother, Vishnu takes the money to the other party’s lawyer, as Shiv is too proud to do so. It does mean that Shiv really has no money to pay for a study abroad for Vishnu. Vishnu has to settle for a scholarship to the University of Madagascar.

After successfully completing his studies at the University of Madagascar, Vishnu gets a scholarship from Yale University and leaves for America in August 1971. A culture shock awaits him there. In the host family where he stays before the start of his lectures, the Tucker family, the father helps with the cooking. This is really intense for Vishnu because like his father, he has never cleared the table, washed plates, let alone cooked.

When he was growing up, their neighbour, Mrs. Kajal Desai, was more interested in literature than cooking. If her husband, Mr Desai, was dissatisfied with the meal she served him, which was often the case, he would beat her up. Kajal’s mother told Vishnu’s mother that she had regularly warned her husband that ’too much education is not good for girls; they lose respect for our traditions’. Mrs Kajal fared badly. One day, she was found by Vishnu writhing in pain and foaming at the mouth. She was rushed to hospital but to no avail. The doctor stated that she had drunk acetic acid. The judge later established that she had committed suicide.

Vishnu could not believe his ears that at Yale University students called their professors by their first names and with amazement he saw that in America white people did jobs that in Mauritius were done by coloured people. It is with utter amazement that he sees a black manager giving orders to white employees in the kitchen of the campus. This would be unthinkable in Mauritius where skin colour determines social position. Once, when Vishnu’s mother asked her husband’s younger sisters to help her sweep leaves in the garden, she was given a hard time by her brothers-in-law. “How will they find suitable husbands if they turn dark labouring in the sun?” said one of them indignantly. 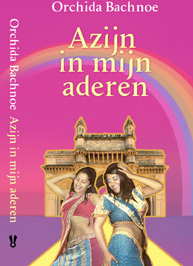 Closing
Silent winds, dry seas paints a penetrating picture of growing up in ethnically segregated Mauritius. A society where alcohol abuse is common. Suicide, as described in Vinegar in My Veins (2012) by Orchida Bachnoe, is also not an unknown phenomenon. It is also a society from which Hindostani youngsters fervently want to emigrate so that they will have better prospects for the future and escape the straitjacket of arranged marriages and the oppressive caste system. At the same time, the novel does not ignore the culture shock that Vishnu underwent in America. 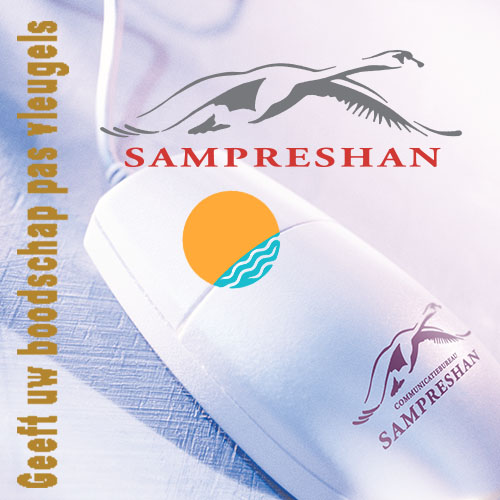 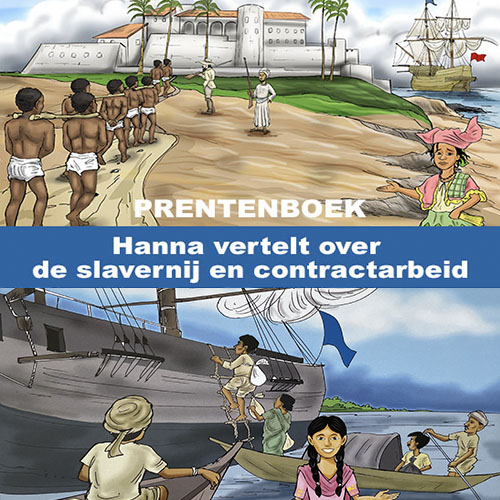 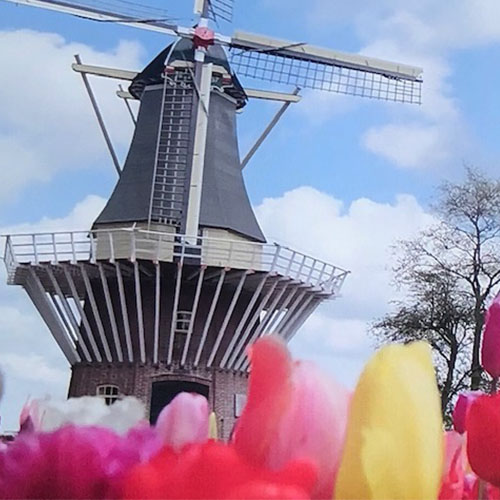