Dutch Surinamese and politics in the Netherlands 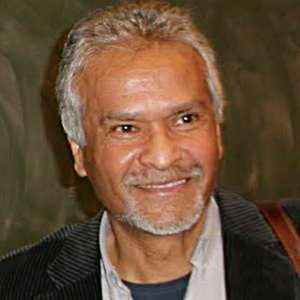 Finally again Members of Parliament (MP) were elected with a Suri­namese background. In the last elections on March 17, 2021, Raoul Boucke (D66-Social Liber­al Party), Don Ceder (CU – christian party) and Sylvana Simons (BIJ1- black activist party) were elected as MP’s. In countries such as England and France, it has long been common for MP’s and government to have a migration background. Compared to these two coun­tries, the process of political inclusion in The Netherlands is still in its infancy.
By political inclusion I mean in this context a political system (government, parliament, local Councils) that reflects society. It means that women and people with a migration background are more or less equally represented in these political institutions. At level, there has been some involvement of people with a migration background in politics since the 1970s. At the national level, it is only since the last decade that the number of MP’s ‘of color’ has been clearly visible.

The first MP with a migration background (a Moluccan, Labour party) was elected only in 1986. In 1992, Dowlatram Ramlal (Christian Democratic Party-CDA) was the first Surinamese to be elected as a MP (1992-1994). In the Balkenende Cabinet IV (2007-2010) two persons with a migration background were appointed as Secretary of State for the first time (Ahmed Aboutaleb and Nebahat Albayrak, both Labour Party). In 2002, on behalf of Pim Fortuyn’s LPF, Philomena Bijlhout was appointed as Secretary of State for Family Affairs in the Balkenende I cabinet (2002-2003), but she had to resign after 24 hours when it turned out that she had been a member of Desi Bouterse’s popular militia in Suriname in the 1980s.

There are some MP’s with a Surinamese background who have been Members of Parliament for a longer period such as Tara Oedayrajsingh Varma of Groen Links (left-wing Party 1994-2001), Kathleen Ferrier of CDA (2002-2012), Laetitia Griffith of VVD (Liberal Party 2003-2017), John Leerdam of PVDA (2003-2012) and Tanja Jadnanansing of PVDA (2010-2016). In addition, there have been a number of other MPs with a Surinamese background who have silently disappeared through the back door after one term. 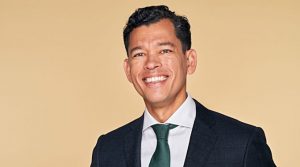 Once again, in the past elections, I see an overrepre­sen­tation of Mediterranean candidates (Turkish and Moroccan) on the candidate list of the various political parties. In reasonably electable places we encountered only five candidates with a Surinamese background: For D66 Raul Boucke at no. 10, fort he Socialist Party Sunita Bihari at no. 11, fort he labour party Kavish Bisseswar at no. 14 and for CU Don Ceder at no. 4. The candidates of the black activist BIJ1 are predominantly of Surinamese background. As stated earlier, only Boucke (D66), Ceder (CU) and Simons (BIJ1)were elected as MP’s. It is striking that for the liberal and right-wing party, VVD, no less than five candidates with a migration background were elected as MP’s. Two of these elected MPs have a Pakistani migration background (Mariëlle Paul and Fahid Minhas). 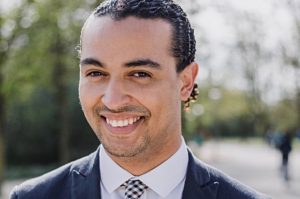 What explains this Mediterranean (Turkish and Moroc­can) ‘overrepre­sen­ta­tion’ in the Dutch parliament since 2017? Is it due to the political parties preferring to choose candidates from so-called ‘problematic’ groups (Turkish and Moroccans) than from groups (such as the Surinamese) that are considered integrated? The recruitment from the so-called ‘problematic’ groups would then be intended to make a connection with these disadvantaged groups, to tap into a new voter pool and by extension to promote their integration into Dutch society. Or is it because of the personal characteristics (social and political activism) of the Mediterranean candidates who see politics as an important instrument to promote the emancipation and integration of their own target group? The Turkish and Moroccan population have a broad network of mosques and organizations spread throughout the Netherlands. It should not be excluded that Mediterranean candidates may therefore find it easier to use this organisational structure for political mobilisation. Moreover, these organizations are often a breeding ground for people with a talent for politics. Is it perhaps also due to the absence of political and social activism among Surinamese-Dutch people who mainly choose a shorter path to social success (completing their education and getting a job) and jobs from which they derive status?

I can’t give a one-size-fits-all answer to these questions. For that, the above-mentioned factors would first have to be investigated. For the time being I am cautiously inclined to attribute the underrepresentation of Surinamese (and Antilleans) in Dutch politics to characteristics of the target group itself. People with a Surinamese background prefer a fast career and a job (lawyer, doctor, economist) from which they derive status. Investing in social and political activism in addition to study and a job is seen as a delaying factor in their pursuit of social success. The three elected MP’s with a Surinamese background (Boucke, Ceder and Simons), are the epitome of years of social and political activism.