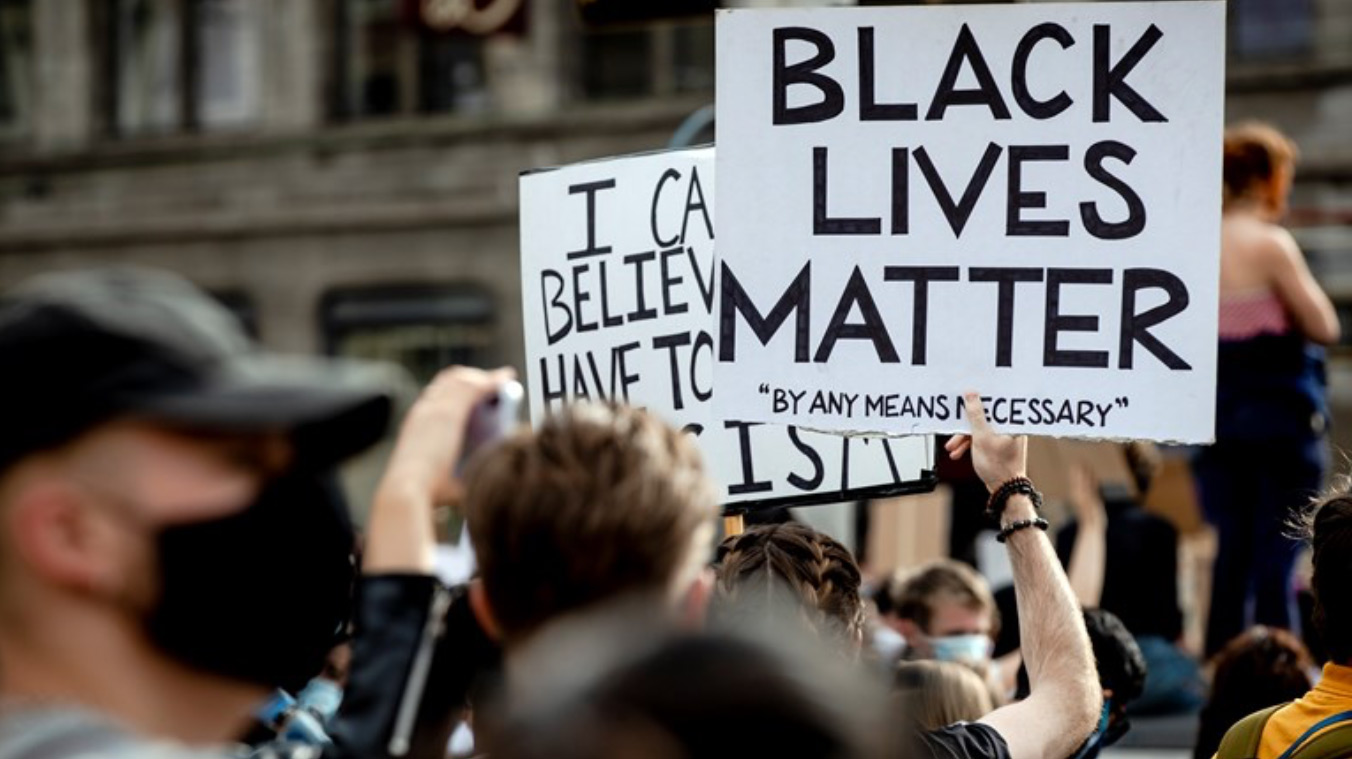 The police killing of 46-year-old African-American George Floyd in Minneapolis, USA on May 25, has sparked a wave of anti-racism protests around the world. In addition to many American cities, demonstrators took to the streets in other cities outside the US to protest against racism and discrimination. Social media plays an important role in these global protests. Footage that went viral shows a white officer pressing his knee into Floyd’s neck for eight minutes and 46 seconds, despite the handcuffed victim shouting I can’t breathe and bystanders unsuccessfully swearing and swearing at the officer. This murder of Floyd is not isolated, but fits in with the pattern of structurally racist police violence in the US against African-Americans. As I write this (Sunday evening, June 14), the news reports of the shooting death of an unarmed 27-year-old African-American by a white police officer in Atlanta, yet another in a row. No, it doesn’t stop in the US! 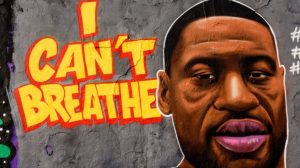 Anti-racism protests and iconoclasm in the US
In addition to mass protests in many American cities, this murder also sparked a picture storm in this country. Many statues of leaders and generals during the American Civil War (1861-1865) of the Southern states were taken down symbolizing slavery in the US. That anger at this iconoclastic storm in the US is understandable since the idea of white supremacy in the southern states of the US with the end of the civil war has not gone away. Here, statues of Confederate army leaders (such as Robert E. Lee) dominate, and many government buildings still fly the Confederate flag (confederate flag during the civil war). The battle between white and black has never stopped and white supremacy is still alive and well. Until the mid-1960s, many states in the US had laws –Jim Crow laws– that imposed racial segregation. Despite the abolition of these laws, institutional racism (racial discrimination by governments, businesses, educational institutions and other large organisations) has remained alive and well in the US, and in particular in the actions of the police towards African-Americans. Young African-Americans are advised not to run from home in an environment where the police are present because they are likely to be hit by a police bullet.
In response to racist police brutality in the US, African-American activists founded Black Lives Matter in 2013 to denounce police brutality. 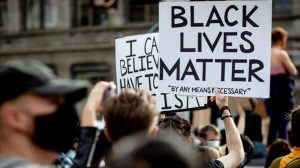 I can well imagine that after the murder of George Floyd, attention now also turns to symbols of white supremacy and racism in American society. Attention now turns to the Capitol in Washington, D.C., where both the Senate and Congress are located. The Capitol also has the National Statuary Hall, where all U.S. states have provided two statues for the colonnade. In this gallery, for the Southern states, statues of individuals who were advocates of enforcing slavery dominate. A visit to this colonnade is therefore a confrontation with white supremacy in the US.

Anti-racism
wave Police action in the US also boosted the anti-racism movement in Western Europe. Here, too, demonstrators took to the streets in many cities to protest against racism and discrimination. On Second Pentecost Day (1 June) a large demonstration took place in Amsterdam, followed by protests in other cities in the Netherlands. Leaders of these events are active within the Anti-Zwarte Piet movement. They see Zwarte Piet as an expression of racism and have been calling for the elimination of this racist phenomenon for years. The debate about Zwarte Piet has led to a polarization in Dutch society. With the tragic death of George Floyd, the Anti-Zwarte Piet movement in the Netherlands got the wind in its back, because where previously it failed to get thousands on the streets to demonstrate against racism and discrimination, it succeeded now. There was also widespread attention in the media for racism and discrimination in Dutch society. The news, current affairs sections on radio and TV and the newspapers have now paid full attention to this theme.
Prime Minister Rutte is also gradually coming to his senses. Where he initially said about Zwarte Piet that he is black and cannot do anything about it, he recently stated during a debate in the House of Representatives following the anti-racism demonstrations in the Netherlands that he now has a greater understanding of people who feel discriminated against by the stashed help of Saint Nicholas. According to him, however, Zwarte Piet is not a state matter. He is convinced that in a few years there will hardly be any Pieten black. Rutte’s unexpected outburst is considered historic. It was also when Rutte acknowledged that not only in the US there is racism and discrimination, but that in the Netherlands too, people experience first-hand that they are not judged on their future but on their past, not on individuals, but on the group they come from, not on their behaviour but on their faith. Only Rutte did not talk about institutional racism, but systematical problems in Dutch society. What’s in a name I’d say, if only we mean the same thing.

Anti-racism demonstration at the Dam in Amsterdam

Dealing with a
shameful memory In addition to the many protest demonstrations, statues of persons associated with the slave trade and racism were also taken down or daubed in Western Europe (England, France, Belgium). Statues were also de honoured in the Netherlands, including Jan Pieterszoon Coen (1587-1629), Piet Hein (1577-1629) and General Van Heutz (1851-1924). These statues have been controversial for some time because they are considered in left-wing activist circles as symbols of an infected colonial legacy.

Although I understand the storm of images in the south of the United States, as these are symbols of white supremacy, oppression and racial hatred, I am not in favour of a iconoclastic storm in the Netherlands. The Netherlands is not a United States and has no grand tradition of monuments and statues as symbols of white supremacy. Many statues were erected in the nineteenth century and in the first half of the twentieth century with the aim of creating a national awareness and self-image.

Demonstration against racism and discrimination

With a iconoclastic storm, we don’t rewrite history. Moreover, in the euphoria, every discussion and nuance is thrown overboard. In the United States these statues are a symbol of still existing racial hatred, Dutch statues such as j.P. Coen and General Van Heutz symbolise a shameless Dutch colonial past. With the removal of their statues, the dark page in Dutch history does not disappear. By removing these statues from public spaces, we are (unconsciously) trying to remove the less flourishing aspects of Dutch history from the collective consciousness, as if we were to be freed from the painful sides of Dutch colonial history. Iconoclasm (removal or destruction of statues) evokes in me associations with blind anger, not for reason and fundamentalism, such as the destruction of the Buddha statues in Bamyan in Afghanistan by the Taliban in 2008 or the destruction of archaeological cultural heritage by Islamic fundamentalists in Iraq and Syria. Fundamentalism is by definition intolerant, rejects dialogue and ends with that. I prefer historical disclaimers for statues that tell the whole story: adding a plaque with text at, for example, the statue of General Van Heutz which mentions his responsibility for his cold-blooded action in Aceh that killed thousands of people, or that J.P. Coen is apart from the founder of Batavia (present-day Jakarta) in the Banda Islands, has more than thousands of people killed.

Dutch somatic norm
image As Gloria Alarm clock writes (White innocence 2017) the Netherlands for a long time considered itself in many ways as a guide country for other peoples and nations: an ethical nation, colorblind and free from racism. Racism occurred in South Africa during the white apartheid regime and in the US, not here. This is dutch self-image or Dutch self-representation. However, the practice is different: immigrant children receive a structurally lower flow advice compared to indigenous children, immigrant students cannot find an internship, there is discrimination in job applications and in the labour market, the police and tax authorities do ethnic profiling. This is institutional or vertical racism. Common or horizontal racism is also a reality for many immigrants. In this context, I would like to point out the Dutch somatic norm withregard to being Dutch (I derive this concept from the Utrecht sociology professor Harrie Hoetink who used it in his analysis of Curaçaosociety). Somatic standard image refers to the image that is considered by members of a group as standard and ideal. Being white is the measure of beauty and the key to social appreciation. It also functions as a sorting machine in social traffic and acts as a criterion for entry and exclusion. The well-known native Dutch question to people with a colour ‘where do you come from’ often followed by ‘where do you really come from’ is in my view related to the somatic norm image of native Dutch people: a Dutchman is BLANK (and BLOND and has BLUE EYES). Anyone who does not fit this image is therefore by definition not an established but an outsider. The third and fourth generation Dutch people who are not white will also constantly be confronted with the question: ‘Where do you really come from?’ It means that if we want to fight racism and discrimination it is important that we recognize that there are dutch people in all kinds of ‘smells and colours’.

Recognition instead of denial
Encouraging in all protest demonstrations is the joint protest of white and colored. These demonstrations represent a tipping point in relation to the phenomenon of racism and discrimination in Dutch society. I do not rule out the fact that the joint and massive protest by Prime Minister Rutte has led to his turnaround: finally recognition by the Prime Minister that we are also dealing with everyday and systemic (institutional) racism in the Netherlands. I am therefore cautiously optimistic about tackling racism and discrimination in the Netherlands. As long as we see racism and discrimination as ‘bad apples and nothing else’ we can’t go any further. However, a structural approach starts with recognition and recognition of the problem rather than denial as has been the case until recently. With recognition, the conversation can also begin and solutions can be jointly sought. I therefore regard the last mass protest demonstrations as a clarion call. 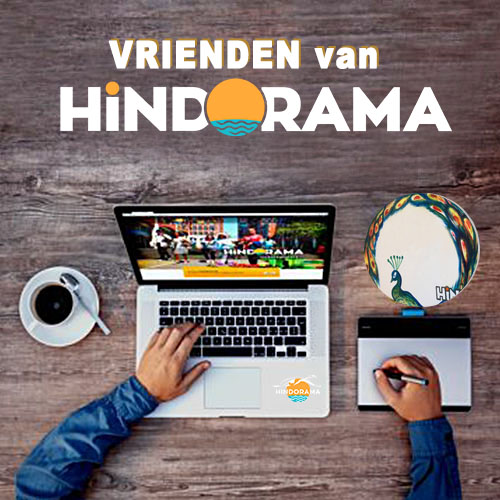 Become a friend and supporter! 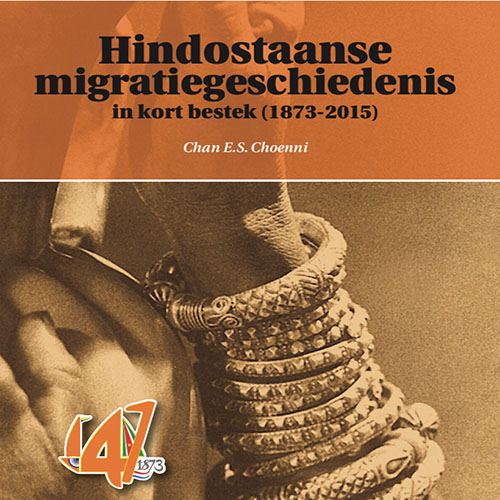 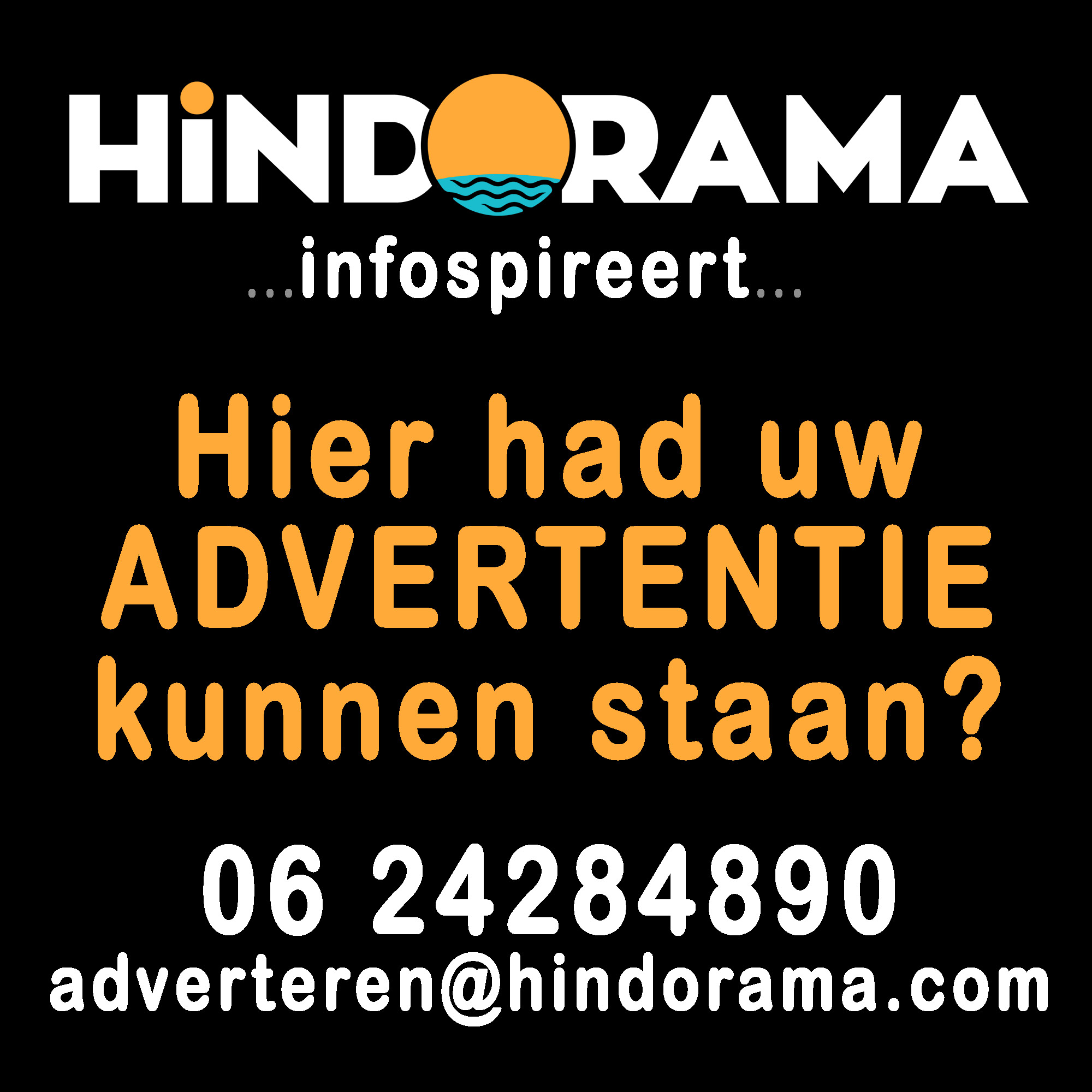